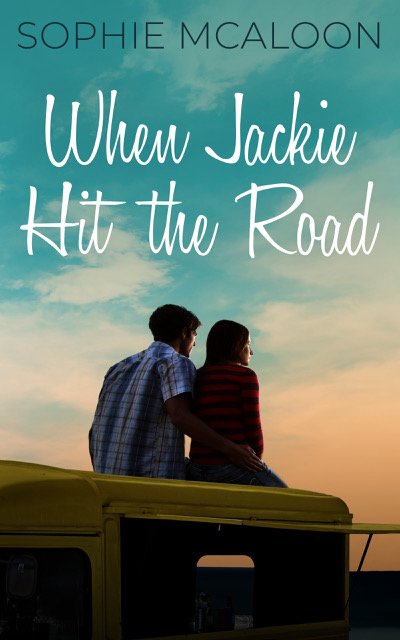 Anxious to make her adoptive parents proud – and to prove she can make it without their wealth and connections – 17-year-old Jackie embarks on a two-month road trip behind the wheel of a food truck laden with cookies. Nothing is going to stand in her way… not even her questionable baking skills.

But before her first night on the road is over, Jackie already finds herself neck deep in a recipe for disaster. She’s unwittingly picked up a stowaway: a handsome stranger she finds passed out in the back of her bright yellow cookie-mobile.

And then she realizes that she knows this stranger: he’s her estranged childhood best friend – the boy she hasn’t seen since the tragic day that claimed the lives of both their parents seven years ago. And while Jackie was adopted by a loving family, Silas has spent his teen years living with abusive relatives, on both the wrong side of town and the wrong side of the law.

But the moment they’re reunited, Jackie decides she’s ready to cook up something bigger than a new batch of cookies. After a call to his case worker, she manages to recruit Silas as her reluctant co-pilot – and her cookie-selling road trip becomes the opportunity she’s spent seven years waiting for: the chance to make things right for what happened that fateful afternoon that separated them.

But that’ll only happen if this wise-cracking, brooding bad-boy sticks to the recipe. And with the temperature between them rising, it’s not just Jackie’s cookies that could get burned if things go wrong.

When Jackie Hit the Road is an enemies-to-lovers Young Adult road trip romance by author Sophie McAloon – a perfectly balanced recipe of witty banter and soulful storytelling, garnished with plenty of laughs, and served with a sweet and satisfying happily-ever-after.